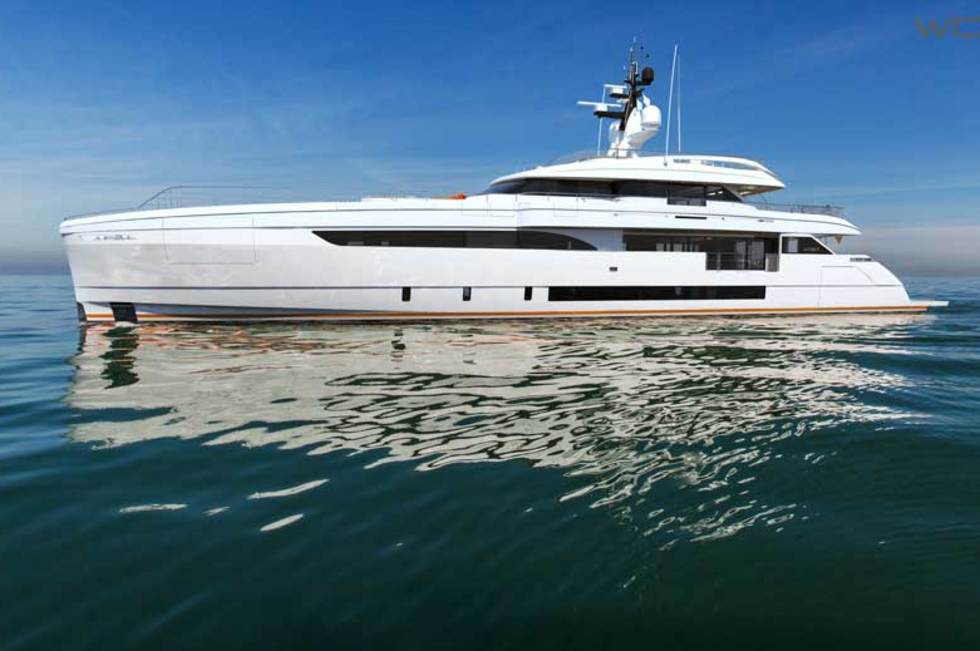 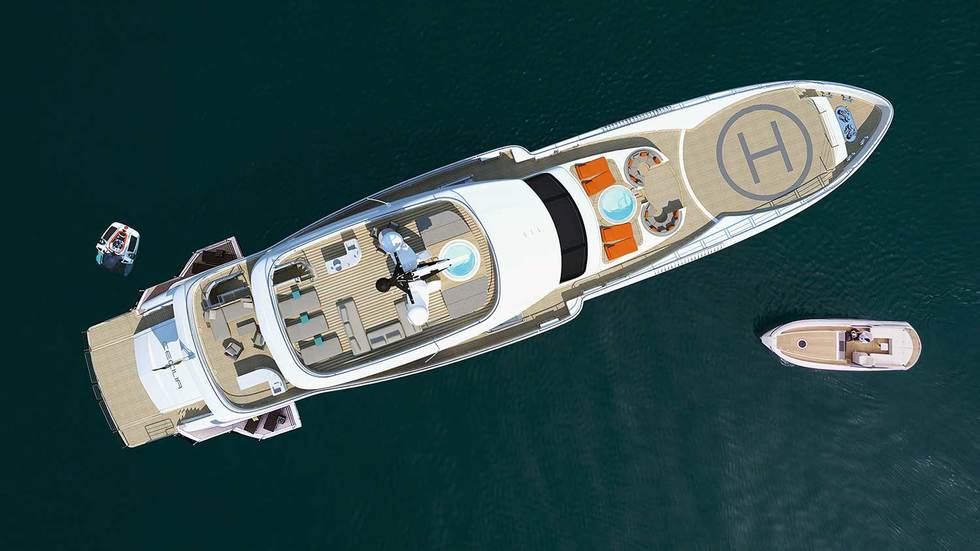 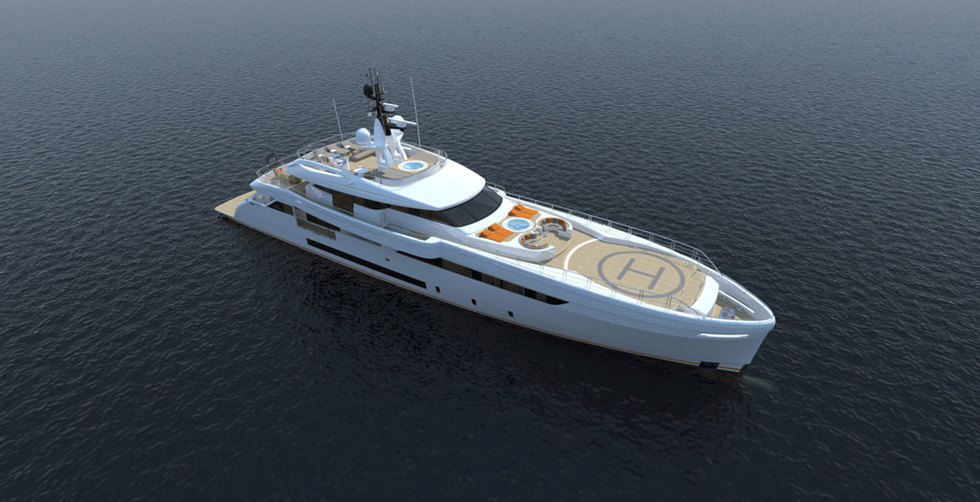 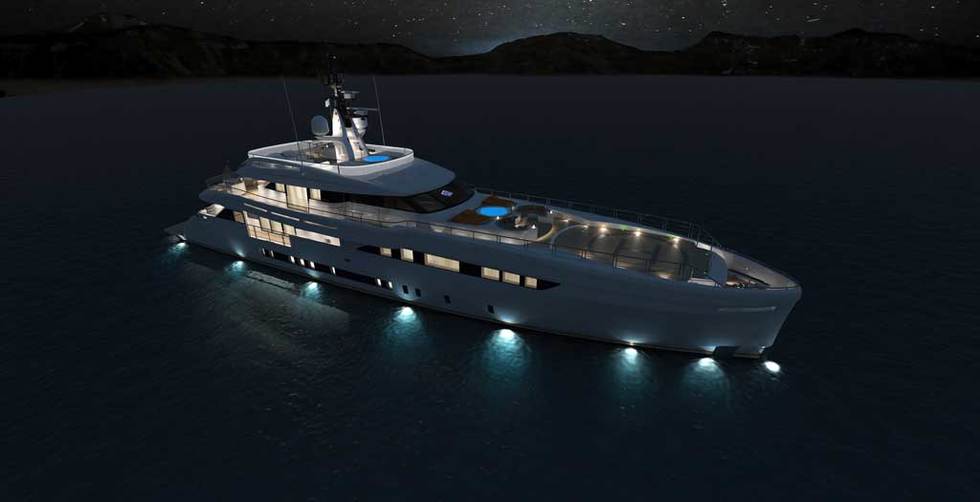 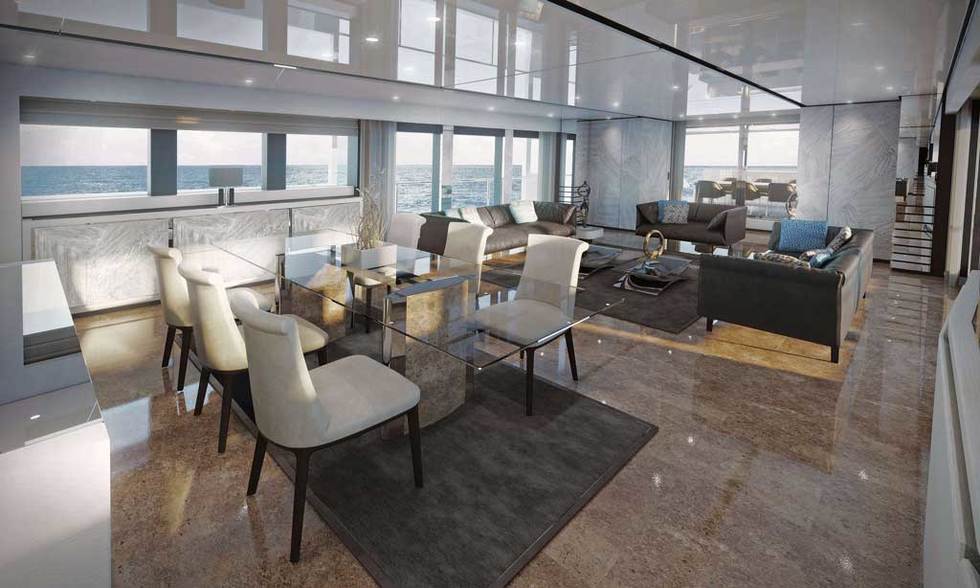 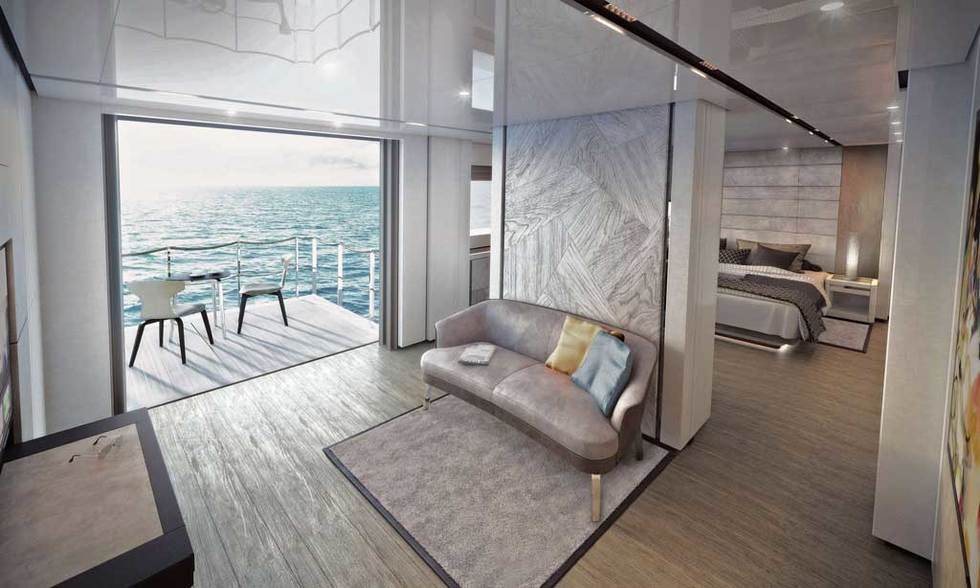 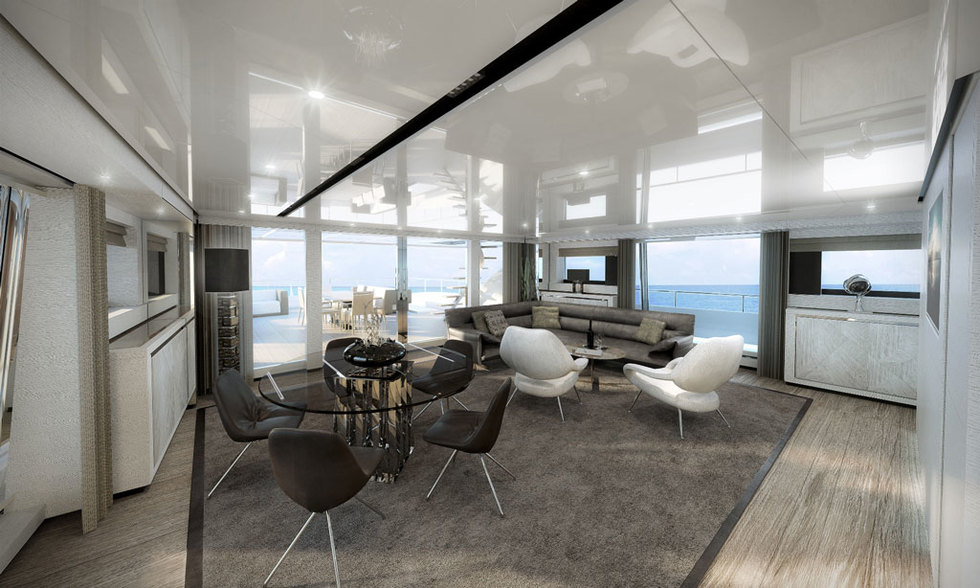 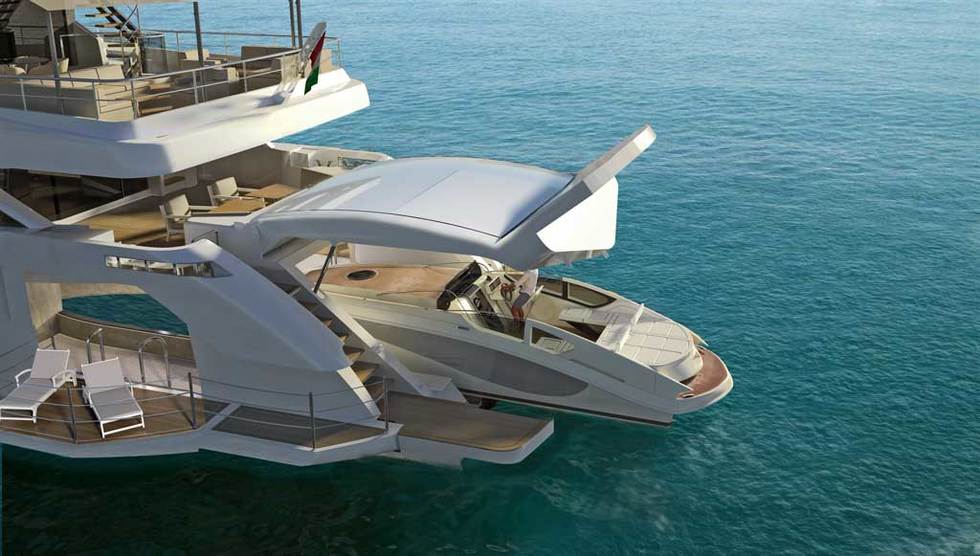 The WIDER beach club is a magnificent onboard oasis – offering splendid relaxation space in direct connection to the sea – and is one of the most sizeable examples of a transom swim-and-sunbathing-deck available. The side openings, together with the extension of the aft-deck, create a large multi-use platform at water level and the marine experience is further enhanced by an interior seawater swimming pool. 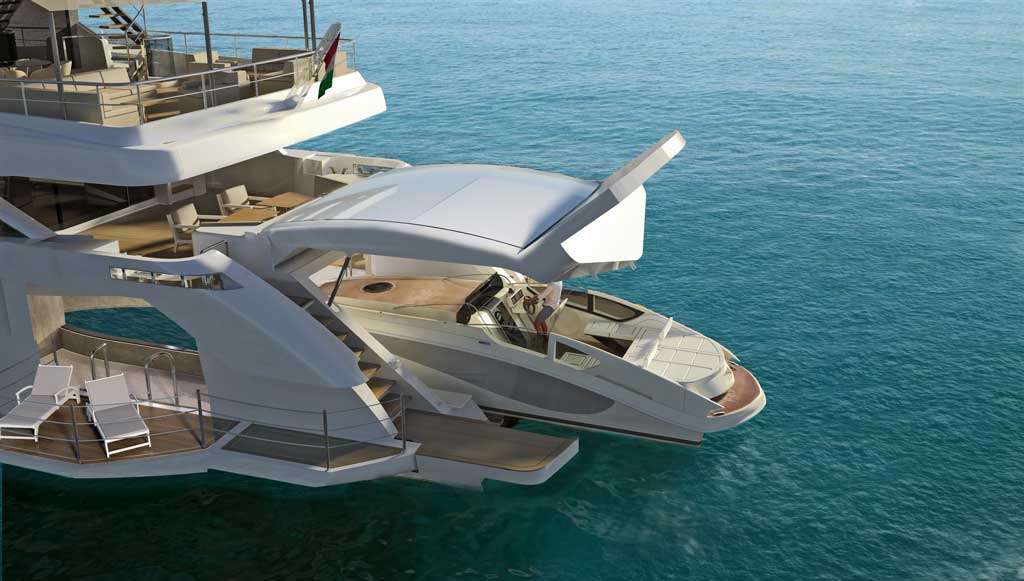 The WIDER 165 is powered by a diesel-electric propulsion system combined with Azimuthal pods. Four inline variable speed diesel generators, combined with the state-of-the-art WIDER power management system and the latest battery technology, serve the hotel and propulsion requirements of the vessel. This system reduces consumption while at the same time facilitating unprecedented range.

The traditional engine room has been replaced by a Power Generator Room, located in the bow. This leaves the heart of the vessel free for larger, more comfortable guest cabins located in the most stable part of the yacht. This arrangement is only possible because of the use of Azimuthal pods which receive power through an electric cable unlike traditional propulsion systems which have shafts.

All onboard energy sources are controlled by the WIDER Power Management System, a smart and fully integrated system which controls the power supplied by the shore connection, the gen-sets and the battery packs, distributing it between the hotel requirements, the propulsion system and the recharging of batteries, as required.
Our dedicated partner in this project, and the supplier of our WIDER Power Management system, is the market-leading, global powerhouse, Emerson Industrial Automation. 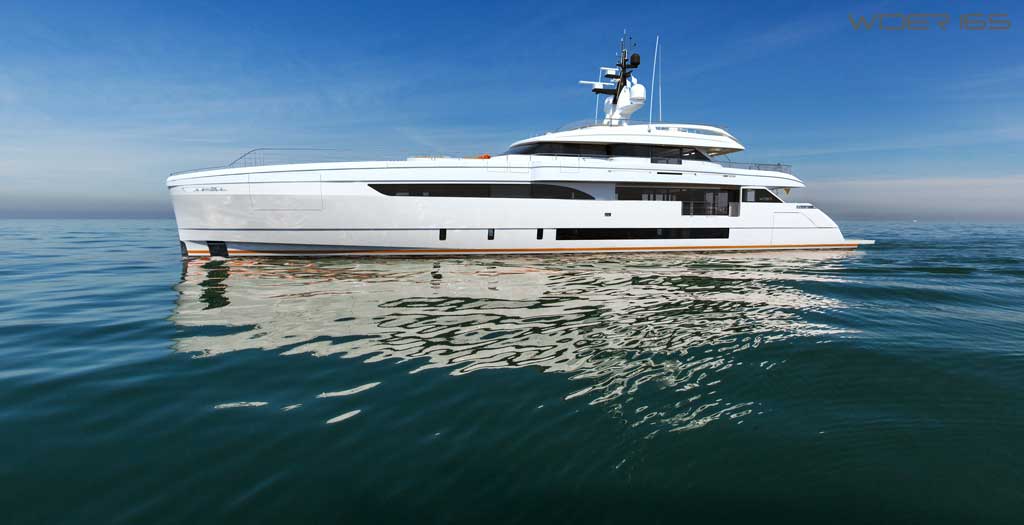 The WIDER 165 is equipped with an Azimuthal pod propulsion system which affords significant advantages compared to conventional shaft-line propulsion. These include: 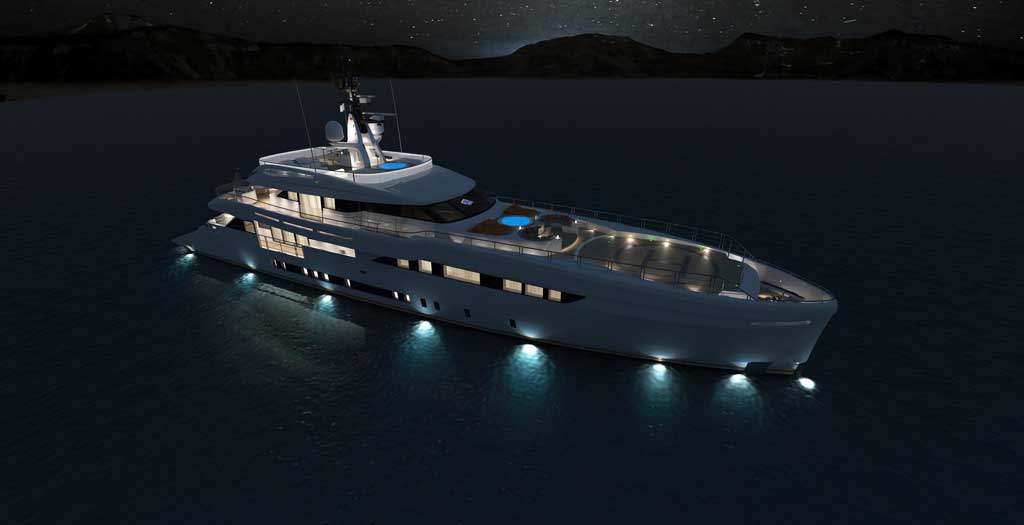 The propulsion system is also completely modular, meaning the WIDER 165 can cruise using only the battery packs, in ZEM (Zero Emission Mode), or with up to four inline diesel generators powering the electric motors which form part of the pods. This way it can cruise at a higher range of speeds while continuing to enjoy limited specific fuel consumption. 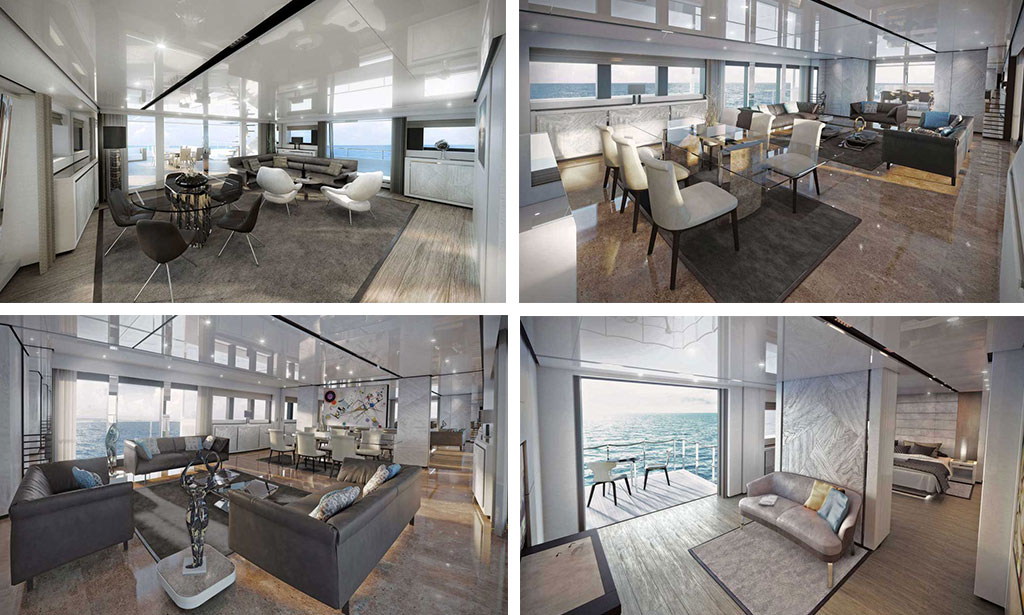 Among the many unique features on board the WIDER 165 is the owner’s private terrace overlooking the sea, which opens off the full-beam master cabin. The sizeable guest quarters comprise four en-suite cabins.

The WIDER 165 is built to comply with the latest standards (LY3) for crew. Four twin cabins, a sizeable cabin for the captain next to the wheelhouse, and an ample crew mess. A central corridor gives direct access to the engine room, located at the furthest point from the guest accommodation. 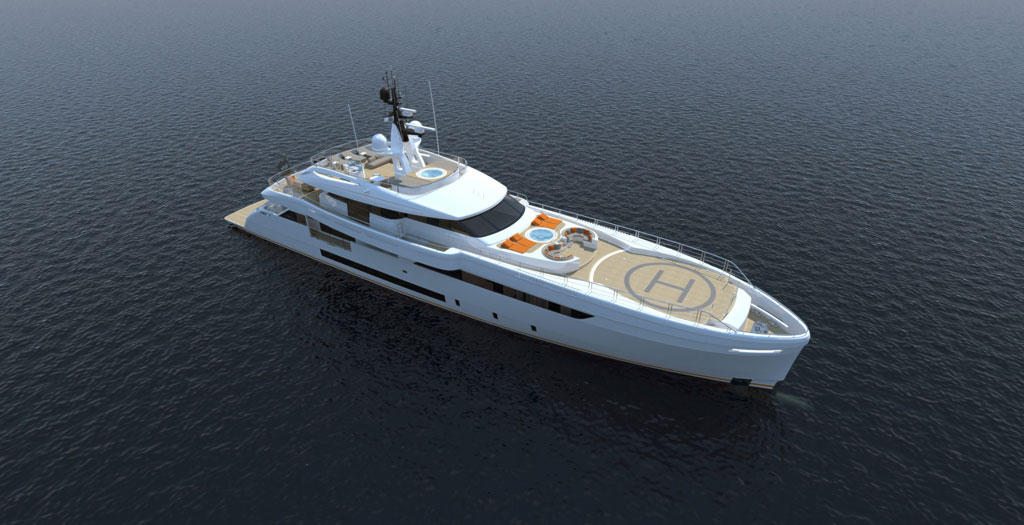 Thanks to its Floating Launching System, the stern of the WIDER 165 can be converted into a spacious garage ideal for carrying the WIDER 32 as a tender, although this can be adapted for a client’s specific needs. The transom opening hatch allows the WIDER 32 to be housed in the space used as a swimming pool. This system makes entry and exit manoeuvres considerably easier for the crew when launching.

A range of 3,100nm is expected at a cruising speed of 13 knots, increasing to 5,400nm at the ecological speed of 10 knots. The yacht has a maximum speed of 14,1 knots. Also available at Zero Emission Speed, the WIDER 165 can run solely on batteries for silent cruising at lower speeds (5 knots), or for short movements, avoiding the need to start generators to move anchorages or for early starts.